The second volume of the “Film Noir Classic Collection” came out a couple of weeks ago. It’s a five-DVD set featuring, one has to say, some second-tier pics, some of which are closer to crime thrillers than true noirs. For example, Lawrence Tierney’s breakout role as the lead in 1945’s Dillinger. This pic undoubtedly closer to crime drama than noir. What’s missing? Well, for me, it’s not a noir without a femme fatale.

In 1947’s “Born to Kill”, Tierney plays a psychopathic killer cast in the “hood wants to make good” tradition. Again, this pic flits between crime drama and noir, although a noirish camera style does appear from time to time. It’s really not until near the end that you realize the extent to which the Claire Trevor character is indeed a femme fatale, in her own way just as dangerous as Tierney. (The movie is based on a book titled “Deadlier than the Male.”)

It’s not a great picture. None of the characters has any real substance, but worse than that, none of them has any style either. We need someone to pop in this movie and it just doesn’t happen. Sensing this, director Robert Wise injects some comic relief in the form of deceptively bumbling detective Arnett, played nicely by Walter Slezak (Lifeboat, Abbott and Costello in the Foreign Legion). Slezak (himself a bit of a sleaze) delivers the straight line to the picture’s one good laugh:

Arnett at diner counter: “Et tu Brutus?”
Dame behind counter: “I ain’t talkin’ ’bout what you et–that’s on the house.” (“et” as in past participle of to eat)

By the time of Tierney’s great role of Joe Cabot in “Reservoir Dogs”, his tough-guy scowl had aged into a fine risus mortis. His voice had deepened into the velvety gravel of a classic tube amp just being pushed into power tube distortion. It’s hard to say that Cabot stood out in that film, surrounded as he was by so many other fantastic character performances. But can you imagine anyone else uttering classic lines like:

It wasn’t until watching Seinfeld on DVD that I realized another of Tierney’s claims to immortality: he played Elaine’s father, Alton Bennes in one episode from season two. It’s a shame that this character made only a single appearance in the series. Fans of Hill St. Blues will also remember his final line, which closed out that series. But I prefer to remember him driving off at the end of the Seinfeld episode, singing to himself the Les Mis. tune, “Master of the house…”

Zachary in his favourite spot: 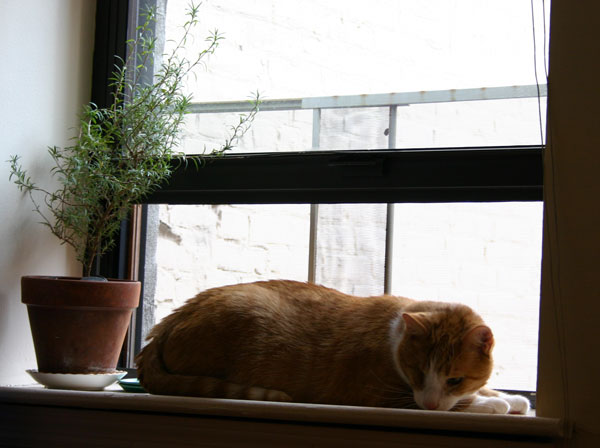 Billie wondering why we haven’t been taking enough snaps of her: 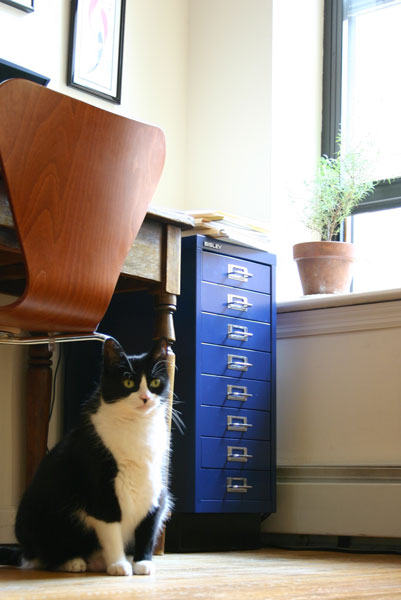 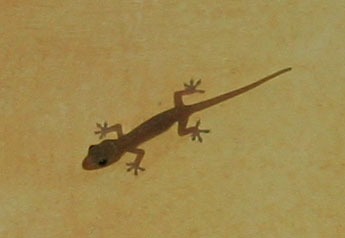 When the second best writer I know tells me to blog more, dammit, I’d better do as I’ve been told. Especially when I see cyberkrunk linked at the top, mind you, of his blogroll. I teared up a little when I saw that. But maybe it was just continuing ill after-effects of that late Wednesday night in Nashville. (It turns out, by the way, that a round or two of bowling is the perfect desert after ingesting bad tempanyaki {which was misidentified as “Hibachi”.})

More on Nashville in the weeks to come. But for now, I will only note this. Air travel in this country is badly broken. Much more on that…